The objective of the In4Youth project focused on studying the procedures of market labor integration for young people and, consequently, their social integration in a period of economic crisis. It was based on the analysis of two important factors – social and cultural capital – and it analyzed their transformation to human, financial and business capital stemming from innovative and creative practices adopted by the younger generation.

The “segmentation” of modern young people into different groups, each of which is attached to controversial political and social practices as well as networks based on various capital accumulation types, is the basic assumption of this research. 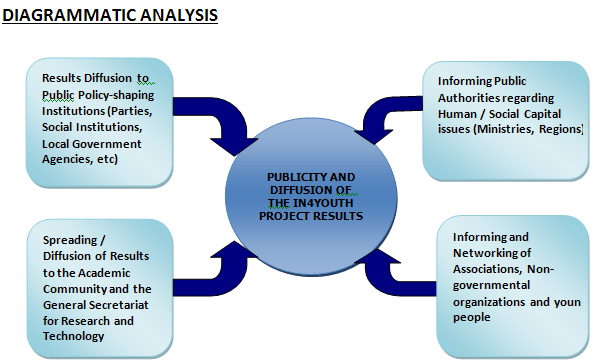 The results of the project were presented during two (2) daily workshops that took place in Athens and Thessaloniki. The National Center for Social Research, the University of the Aegean, the General Secretariat for Research and Technology and representatives of Scientific and Social Associations participated in the events.